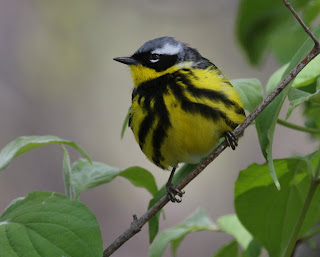 In 2009, National Audubon Society’s board of directors elected Holt Thrasher as chairman. He succeeded a woman named Carol Browner. So the top leadership went from Browner to Thrasher. At the time, Audubon’s president was John Flicker. I’m not making this up.

Mr. Flicker resigned recently—migrated to another job or into retirement I suppose. It will be interesting to see who replaces him. Audubon’s Missouri office is headed up by Tony Robyn. He seems like an ideal candidate for promotion.

People names can be amusing, and bird names even more so. Scores of non-birders out there seem to love saying “yellow-bellied sapsucker.” It’s a great name, I agree, but why stop there?

The world contains about 10,000 bird species and each has a scientific name and at least one “common name.” Many birds have intriguing nicknames, too.

This is a fun and fascinating aspect of the hobby. I enjoy thinking about how some birds are perfectly named and some not even close. I wonder about – and then try to learn – how certain birds got their names. And always, always, I’m on the watch for dreamlike names such as “superb fairy wren” and “twelve-wired bird of paradise.”

Oh, I could fix a lot of bird names if the ornithology police would just let me. First on my list would be the red-bellied woodpecker. Anybody seen that red belly lately? “Faint wash of red on belly rarely visible,” says the Sibley field guide. Precisely! When a bird is named after a field mark, let’s choose a field mark that is a little more obvious.

It’s the same issue with orange-crowned warbler. Last October, however, when birding at Morton Arboretum, I got a nice close look at this rather drab warbler. For a second, for the first time ever, I saw an orangish smudge on the bird’s crown. I think.

Some bird names give us both a visual and audio clue. Black-capped chickadee, for example, and gray catbird. Others are named after their songs alone. This can work quite well, as with mourning dove, bobwhite and whip-poor-will.

Other times not. I’ve listened to dickcissels but I don’t hear them saying “dickcissel.” Maybe they’re saying I need new ears.

Geographic names can be even more confounding. Some warblers are named after states or cities where they were discovered, presumably during migration. Connecticut warblers are quite rare on the East Coast and do not live in Connecticut at any time during the year. Tennessee warblers do not live in Tennessee. Nashville warblers do not sing country music songs and could just as easily been named after Peoria or Milwaukee. It was chance, nothing more.

Baltimore oriole makes more sense. The species was named for the first baron of Baltimore and founder of Maryland, George Calvert. His family colors were orange and black, like the bird. If his colors had been black and purple, we might now have a Baltimore grackle.

If I may pick one more bone, let’s make it the magnolia warbler. This is a beautiful bird to watch for in May as it migrates through our region. But don’t get too focused on magnolia trees. “Maggies” are just as likely to appear in maples and oaks.

Alexander Wilson, known as “the father of American ornithology,” collected the type specimen. When he shot it, the victim happened to be perched in a magnolia.
I wouldn’t suggest that we change a lot of bird names, especially the ones based on random occurrences. That would be tampering with history. Discussing bird names would also be a lot less fun. Just be aware that the common names given to birds often have no connection with science.

For more on this subject, check out “Dictionary of Birds of the United States,” by Joel Ellis Holloway, and “100 Birds and How They Got Their Names,” by Diana Wells. Each book is loaded with interesting facts and anecdotes. 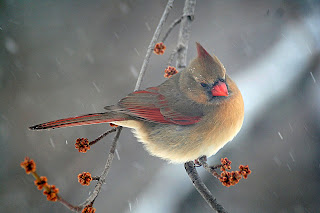 Want to feel better about your car, especially if you drive a Toyota? Here’s my advice: Get a pair of those Illinois license plates with our state bird, the northern cardinal.

In December I finally took the plunge, plunking down $70.44 for the state’s “environmental” tags. Hopefully some of that money actually does some good. But I know this, my 2003 Corolla has never looked better. Recall my car if you must, just don’t mess with my plates!

The cardinal is an easy bird to like. John James Audubon, referring to the “cardinal grosbeak,” said it best: “In richness of plumage, elegance of motion, and strength of song, this species surpasses all its kindred in the United States.”

By sight and sound, we know this bird well. Cardinals are reliable backyard visitors and impossible not to notice. Since mid-February, on clear mornings, maybe you too have heard the males singing from high perches. Their loud, clear whistle is one of the best harbingers of spring.

Yet cardinals are so common, so expected, most of us take them for granted. For this column, I decided to learn more about them. Here are a dozen things about redbirds that perhaps you didn’t know:

1) The highest concentration of cardinals in the U.S. is thought to be in Louisiana and Mississippi, reflecting the fact that our “northern” cardinal was once a predominantly southern species. Northward range expansion began in the 1800s and accelerated in the 20th century.
2) Cardinals (or “Virginia nightingales”) were once commonly trapped in the south and sold as cage birds. Many were shipped to Europe.
3) Cardinals sing 8 to 10 different songs. A robin may sing 70!
4) Both males and females sing when nesting time approaches. Female cardinals sing from the nest when they’re hungry, so the male knows to bring her food. You may even hear a cardinal in the middle of the night—if you do, it’s probably a female.
5) The oldest cardinal on record lived 15 years. A typical life span is 2 or 3 years.
6) Cardinals generally stay put. They are non-migratory and may range only a few miles during their entire lifetimes.
7) Cardinals are loyal mates with strong pair bonds. This spring, watch for the so-called “courtship kiss” when a male passes a seed from his bill to the female’s bill.
8) Cardinals are attentive parents. Unfortunately they raise a lot of cowbirds, too. (The brown-headed cowbird lays its eggs in other species’ nests.)
9) Cardinal territories are typically 2 to 10 acres and males defend them aggressively. In winter, they are not as territorial and form feeding flocks.
10) A cardinal’s foremost food and nest site competitor is the gray catbird.
11) Juvenile cardinals have dark bills and a plain face (no black mask).
12) The female cardinal has a country music theme song: “She Don’t Know She’s Beautiful,” by Sammy Kershaw.

OK, I made that last one up. But please make a point to examine the female closely, from head to tail. The beauty of her subtle coloration is undeniable.

Naturally the flaming-red male gets all the attention. And small wonder the cardinal is the most popular state bird by far. Kentucky adopted it in 1926, and six more states followed.

Ohio is a cardinal state too, but I possess a cherished piece of birding memorabilia that claims otherwise. A few years ago, during a stop along the turnpike, my son and I paused at one of those machines that press an image onto a penny. Jay has a collection of flattened coins stamped with places we’ve been or things we’ve seen (he loves turning the crank). At this particular machine near Toledo, one of the imprint options was “Ohio State Bird: Black-Crowned Night Heron.” Say what? Does the governor know about this? I love night herons, but I’m quite sure the species was never a Buckeye State icon!

For Ohio, Illinois and the other states, the northern cardinal was a good choice. The species deserves our admiration. And like many other common birds, it merits closer observation. Let’s watch our cardinals more carefully, and listen to their calls and songs with a keener ear. For birders of every ability level, cardinals offer one of the most conspicuous backyard learning opportunities around.